EBC Award for Climate Change Project of the Year

The EBC Award for Climate Change Project of the Year is awarded to the Massachusetts Bay Transportation Authority (MBTA) in recognition of the year-long effort to negotiate the contracts for the Authority and drive the adoption and expansion of renewable energy for the entirety of the MBTA’s energy load, effective January 1, 2021. As the largest single consumer of electricity in Massachusetts, the MBTA’s conversion to a 100% renewable energy platform will have a meaningful, positive impact on the Commonwealth’s carbon reduction goals. The contracts include the purchase of Renewable Energy Credits (RECs) for 100% of the MBTA’s electricity load (417,000,000 kWH/year) as well as provisions for purchasing 70% of the electricity at a fixed price. The MBTA’s leadership extends well beyond the purchase of renewable energy, guiding MBTA investments in on-site renewable energy infrastructure in several locations, with more to come. This infrastructure includes two wind turbines in Kingston and Bridgewater, small-scale solar projects at the Orient Heights and Braintree Stations, and installed solar canopies at three additional MBTA sites.

The award will be presented by: 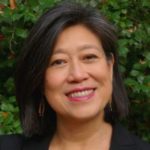 This award, established in January 2020, recognizes a project or endeavor which demonstrates leadership in climate change.

Back to EBEE Awards

Leadership by a Non-Profit

Service to the Environmental Industry